Professional staff trained to deliver the best grooming services based on the customers needs.

3.97 Groupon Ratings
3.9
Average of 7 ratings
71%
29%
100% Verified Reviews
All Groupon reviews are from people who have redeemed deals with this merchant. Review requests are sent by email to customers who purchased the deal.
S
Srilekha
2 ratings2 reviews
This service provider is so rude, once cant imagine, I believe his rudeness is because of his inability to understand the opposite person and still keep up with his ego. I have taken this service before and he was rude then too, but as it first time, I gave his benefit of doubt that may be in phone sometimes you don't understand the other person's voice and way of talking.... 2nd time I went today asking for the same service of full body waxing for my partner (service can be taken more 04 times on Groupon) and the man (he says his name is Sumr, is so so rude, before going I asked him if the coupon with 25% discount on Groupon will be accepted and he said yes, wen I went there I asked the same question 2-3 times and to which he said yes, then when I asked him to book appointment and said so its AED....(as per Groupon) he flipped... and suddenly started talking loud and hyper, with 02 of his assistants standing next but cannot utter a word. I again went ahead and asked him ok if you said you will not accept at counter the same amount which is on Groupon, if I book online will you accept...? and he said no I will not accept Groupon voucher also for that service. If so, why is Groupon selling the service if the service provider is creating such issues for customers. Groupon is charging 25% discount and we can save 30-40 AED but this cheater is asking for same amount. Last time when I booked the service online, he said I told you to come and pay at counter, why you took online, he is a service provider who is he to decide from where we book the service, if he do not want to do service through Groupon he should remove his company details from there. Even Groupon should take necessary action against such service providers.
Helpful
A
Ahmed
1 ratings1 reviews
one of the worst haircut i had ,Extremely Rude Service and not clean Note : They do not honor the Groupon Voucher , They had refused to use my voucher and had me fighting in order to use it ! after i threaten to bring the police and Customer Rights . AVOID.
Helpful
Earned when a user has written 5 or more reviews
Want to earn this badge? Share 3 or more photos
Earned when a user has gotten 2 or more helpful votes

Services offered based purely on customers need and requests to satisfy the customer.

Valid only for option purchased. May be repurchased every 30 days. Groupon prices are inclusive of VAT where applicable. See the rules that apply to all deals. Booking required by phone , contact +971 50 846 7819 and provide Groupon codes. 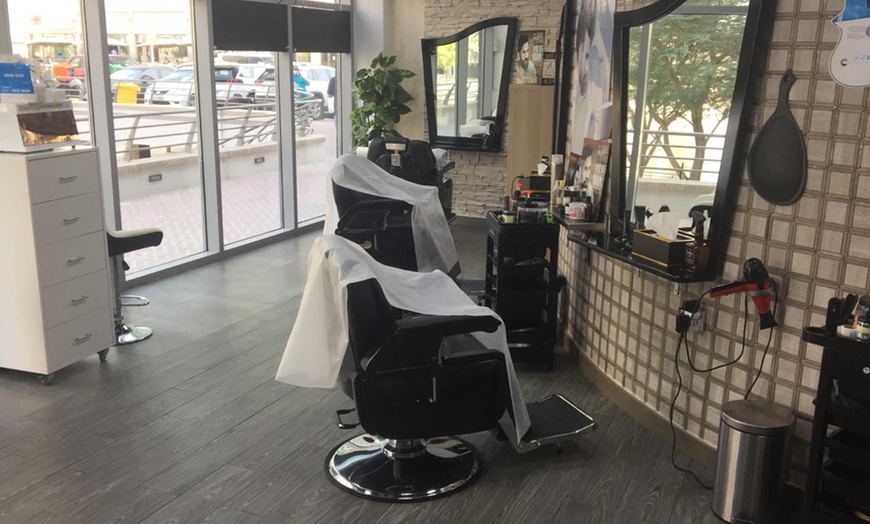