Bento or Ramen of Choice for One, Two or Four at Miyabi Sushi and Bento (Up to 57% Off)

Looking for a Japanese meal in Dubai?

Owing to the eatery’s location between Emirates Towers and the Financial Centre stations, this Miyabi Sushi & Bento deal can be ideal for local professionals during lunchtime and tourists alike. Be greeted with a traditional Japanese salute, Irasshaimase!, and proceed to a user-friendly menu, which can help even those unfamiliar with ramen or bento boxes to find their way to the treat meant exactly for them.

So what is a bento box? What’s special about ramen? Although a product of modern times, the tradition of ramen emerged from a complex web of far-ranging influences. Ramen quickly became more than a soup, gaining the status of a culinary benchmark for any restaurant that chooses to serve it. The same thing can be said about the traditional bento boxes, which also prove to be a timeproof concept and nowadays often see a selection of treats arranged neatly into separate compartments.

With this Japanese cuisine in Dubai deal, patrons are encouraged to admire the meal before savouring it.

Expires 60 days after purchase. Limit 5 per person, may buy 5 additional as gifts. Mandatory booking required. Check availability here and book here. For more information please call 04 386 8444. Eat-in only. Valid at Sheikh Zayed Road branch only. Valid for a bento up to the value of AED 87 or ramen up to AED 63 per person. Valid for option purchased only. Groupon prices are inclusive of VAT where applicable. Printed voucher must be presented. See the rules that apply to all deals.

Miyabi Sushi & Bento strives to offer high-end food and service at affordable prices. The family-friendly restaurant was originally founded in San Francisco in 1987, and today brings the taste of Japanese cuisine to the UAE. The Miyabi team also provide catering services for all sorts of meetings and special occasions. 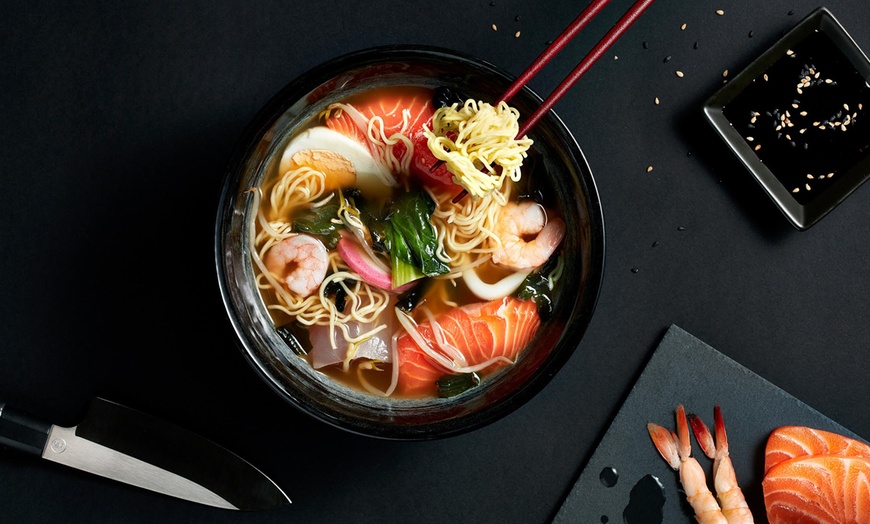 Bento or Ramen of Choice for One, Two or Four at Miyabi Sushi and Bento (Up to 57% Off)