Included in all options:

*Per Person Offer Customers must purchase one voucher (single occupancy) or two vouchers (double occupancy) to complete booking. Child tickets must be purchased with a valid adult ticket.

This three-night tour gives travellers an opportunity to discover the historical and cultural attractions of Bangkok and Pattaya, two remarkable Thai cities where ancient traditions exist alongside the fast-paced modern life. Travellers will have a chance to explore Bangkok’s centuries-old sites, embark on the Coral Island tour, and discover traditional villages of the Pattaya City. Sightseeing tour of Bangkok is also on the list of attractions. Holidaymakers will be accommodated in Sunshine Garden Resort in Pattaya and Le Fenix Sukhumvit in Bangkok. The rooms at both hotels feature en suite bathrooms, flat-screen TVs and minibars.

Thailand is one the most visited countries in Asia and is renowned for its culture, sandy beaches, culinary delicacies and tourist attractions. The country’s capital, Bangkok, is one of South-East Asia’s enigmatic cities where modernity blends with century-old traditions.

The city is split into 50 districts, while the Rattanakosin Island, the historic centre, awaits visitors with local attractions such as the Grand Palace, boasting asymmetrical and eclectic architecture, or the City Pillar Shrine, displaying mural paintings on its walls. In downtown Bangkok, tourists can make the most of high-end restaurants and vivid nightlife, while local attractions such as the Thai Pharmacy Museum, Kamthieng House and the temples of Phetchaburi await the history-minded travellers. Bangkok features a tropical climate, characterized by two seasons, wet and dry. The rainy season lasts between May and September and temperatures during this season reach the high 20’s. The best period to visit this city is, however, the period between October and February, when temperatures range between 25°C and 28°C and the occasional rainfall and smooth breezes break from the heat. The dry seasons lasts between November and February, while in March, temperatures go as high as the mid 30’s and rainfall picks up.

Located on the east coast of Thailand, Pattaya is a former fishing village now famous for its nightclubs, bars and beaches. This city invites visitors to enjoy the sand beneath their toes, unwind under a beach umbrella or enjoy long sessions of sunbathing.

The city is also known for its unique attractions that come in the form of Louis Tussaud’s Wax Museum and Ripley’s Believe it or Not. The Sriracha Tiger Zoo allures wildlife enthusiasts, while if an island-hopping is on your agenda, the scenic Koh Larn Island, 7km off the coast of Pattaya beach is a must-see. Infamous for its very ‘vibrant’ nightlife, the spot visitors should head to for a true taste of the city is the Pattaya Walking Street. Right from clubs and discos to go-go bars and cabaret shows, with a wide range of seafood restaurants, the Street just about defines the city. Keen divers should make their way to Samesan, a small fishing village nearby with some of the best diving in the region.

Cancellation Policy:
No modification or cancellation allowed after booking confirmation. Bookings are non-refundable and non-transferable to another destination once confirmed.
Validity:
Valid for arrivals on dates from 22 to 26 Aug 2018.
Price per person (p.p) based on double occupancy. Customers must purchase two vouchers (double occupancy) to complete booking.
Price is for 1 person, based on single room with 1 coupon per person.
Booking:
Must book by 10 Aug 2018.
Booking required by phone: 067654440 or by email: holidays1@houseoftours.com, and subject to availability. Attach your coupon to the email. Customers will receive confirmation of their reservation by the merchant by email after filling out the online form.
Limit of 5 vouchers per person. Can buy multiple vouchers as gifts but not to extend the stay.
Transportation details:
The hotels are located in Pattaya and Bangkok, Thailand.
Valid for flights from Dubai International Airport to Suvarnabhumi Airport Bangkok via Singapore.
Travel documents to be received up to 1 day before departure. You must go with your boarding pass printed at the airport, at the risk of having to pay additional charges.
Depending on flight schedules and transfers, the first or the last night might not be entirely spent in the hotel.
Hand luggage: up to 7kg per person included.
Hold luggage: up to 20kg per person included.
Cost for extra luggage: always depends on the airline and will be advised at the time of the booking by the Travel Provider.
Not included: in-flight meals. Included: airport taxes.
Other Information:
City tax and VAT included.
Excluded: any personal expenses, lunches and dinners, any extra sightseeing not mentioned in the package inclusions.
A passport valid 6 months after your return is mandatory. For visa requirements check here.
Valid for stay in a double room (sharing basis), or single room (non-sharing basis).
Additional persons:
Maximum room occupancy is 2 adults or 2 adults and 2 children/infants.
Only 1 extra bed is permitted in the room.

Original values based on stays in double room or single room between 22-26 Aug 2018. Limited availability for these dates. Original values verified on merchant website/booking website on 10 Jul 2018.
*Price from AED 2,450, per person, based on on double sharing occupancy.

About HOUSE OF TOURS 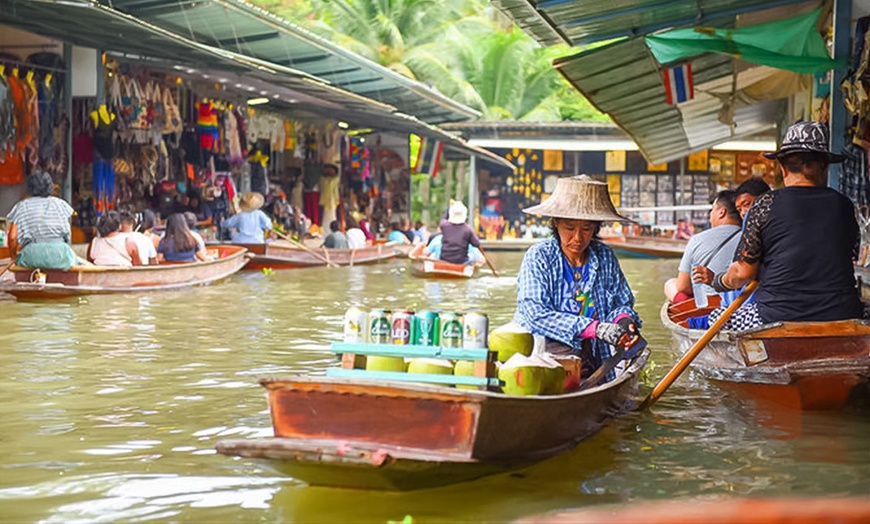