Customers can enjoy up to AED 300 to spend on anything from the menu, including Middle Eastern and Lebanese cuisine

3.01 Ratings
3.0
Average of 1 ratings
100%
100% Verified Reviews
All reviews are from people who have redeemed deals with this merchant.
A
abdulrahmantop reviewer
5 ratings5 reviews
nice staff, but still need more improving for food quality. also the food it come in very small portion. but you can try it for one time
Helpful
Earned when a user has written 5 or more reviews
Want to earn this badge? Share 3 or more photos
Earned when a user has gotten 2 or more helpful votes

Valid for dine-in and takeaway. Valid days and hours: 7 days a week, 8am-1am. Booking required by phone, contact +97145481080 and provide Groupon codes. Prior booking/cancellation (subject to availability) at least 24 hours in advance. Printed voucher must be presented. Limit 5 per person(s), may buy 5 additional as gift(s). Groupon prices are inclusive of VAT where applicable. See the rules that apply to all deals. May be repurchased every 30 days. Valid only for option purchased. Expires 3 months after purchase.

Beit El Darweesh can be located on Hessa Street in Dubai. They offer a wide variety of Middle Eastern and Lebanese dishes, such as falafel or kafta sandwiches, grilled platters, as well as kaak and manaki'sh. Desserts are also available, including mollasses carob, halvah sandwich or mighleh pudding, among many to choose from. 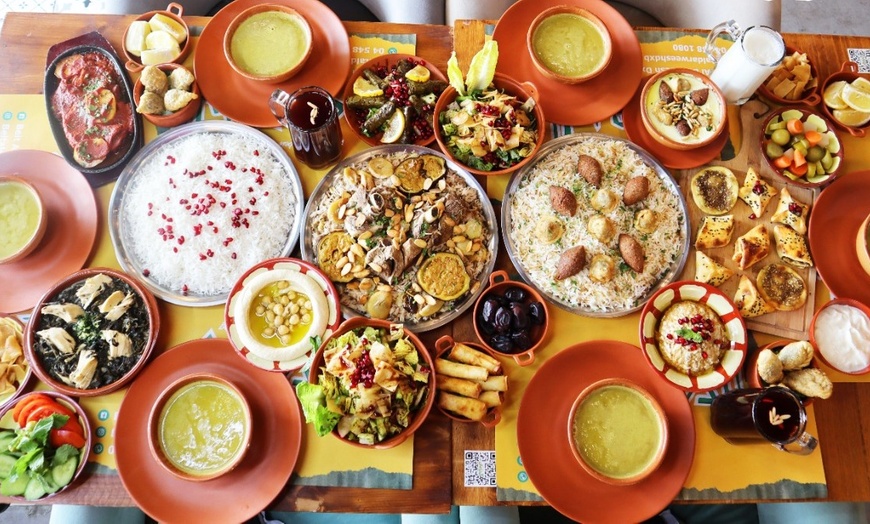